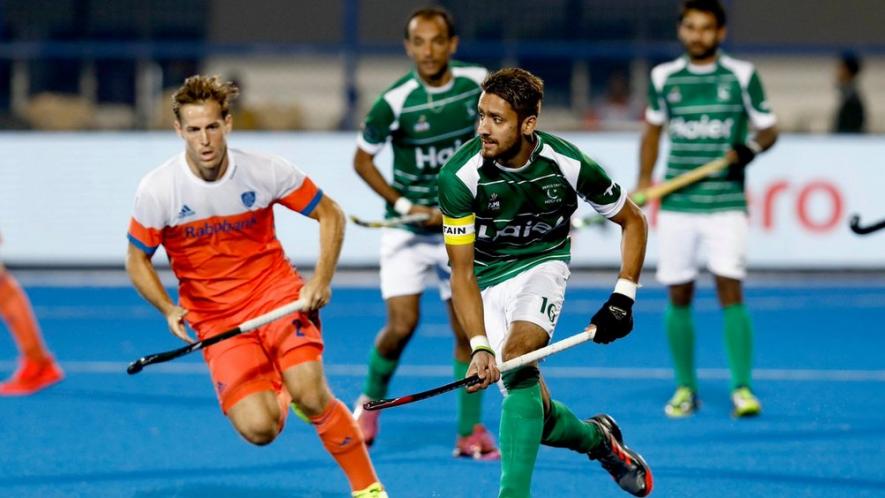 After a 4-4 draw in the first Olympic qualifier for a berth at the Tokyo Olympics 2020 it was expected to be crunch affair. However to the contrary Pakistan’s resistance and flair simply fizzled out as they conceded six goals while scoring just one against the rampaging Netherlands team.

Smarting from being held to a 4-4 draw, The Dutch Team ranked No. 3 in the world came prepared with a plan and suffocated the Pakistani forward line for space to dent advancing into their circle.

The Dutch team went one up in the ninth minute itself when Bjorn Kellerman opened up the Pak defence and sloted home a powerful strike for the Dutch. In the 22nd minute, Dutch captain Billy Baker seized possession on the left side and drove a fine pass to Mirco Pruijser who latched on to the pass and finished into a goal as the Dutch side to double its lead. Thereafter Dragflicker Mink van der Weerden (17′, 29′) found the net twice as Terrance Pieters (39′) and then Jip Janssen (43′) added to the scoreline that took the aggregate in Netherland’s favor, 10-5 over the two qualifiers. Rizwan Ali grabbed a consolation for the opposition in the 53rd minute as a lackluster Pakistan failed to qualify for the Olympics for the second time in a row.